“Crane has created an organic and dynamic friendship group. A compelling narrative about the power of friendship, faith, self-acceptance, and forgiveness.”  — Kirkus Review

I could not agree more with this review. If you’re looking for your next YA Contemporary than pick up The Infinite Pieces of Us by Rebekah Crane. This powerful story will give you a roller coaster of emotions where you’ll be faced with the need to uncover, or define, your truth.

A huge Thank You to Skyscape over at Amazon Publishing for sending me an Advanced Reader’s Copy in exchange for an honest review! 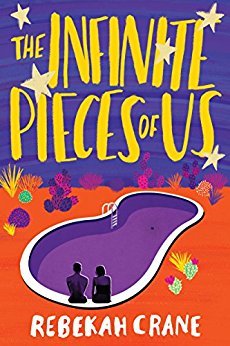 From the author of The Odds of Loving Grover Cleveland comes a hilarious and heartbreaking novel about coming apart, getting it together—and moving on. It’s just a two-hour drive…

Pondering math problems is Esther Ainsworth’s obsession. If only life’s puzzles required logic. Her stepfather’s solution? Avoidance. He’s exiled the family to Truth or Consequences, New Mexico, to erase a big secret from Esther’s past. So much for the truth. Now for the consequences: an empty swimming pool, a water-sucking cactus outside her window, a goldfish rescued from a church festival, and Esther’s thirst for something real.

Step one: forget about her first love. Step two: make allies. Esther finds them in Jesús from the local coffee bar; a girl named Color who finds beauty in an abandoned video store; Beth, the church choir outcast; and Moss, a boy with alluring possibilities. Step three: confess her secret to those she hopes she can trust. Esther’s new friends do more than just listen. They’re taking Esther one step further.

Together, they hit the road to face Esther’s past head-on. It’s a journey that will lead her to embrace her own truth—in all its glory, pain, and awesomeness.

“I’ve carried this secret with me all the way from Ohio to New Mexico…I was leaving it behind, but that’s not how secrets work. They follow you. Haunt you. Steal your breath when you’re not looking.”

Esther has been forced to move to no other place than Truth and Consequences, NM. It’s a sad kind of irony. She carries a secret with her, one that her mother and step-father refuse to speak about. A secret her sister is bound to hate her for forever. Instead of facing what has happened straight on they’ve decided to run from the truth of what has happened, to sweep it under the rug, and move on without actually dealing with one of the biggest secrets a teenage girl could ever have to carry.

“The truth is hard to find. It likes to hide, shifting shape, and depending on who finds it first, they can remold it any way they want.”

Esther was never given a choice and now she’s forced to pretend like nothing ever happened. That she never fell in love, that she never made a mistake she is constantly reminded of every time she closes her eyes. Rebekah Crane does a wonderful job of letting you into Esther’s life through the eyes of not only Esther, but through the eyes her the friends she makes along the way. You get to see how Esther learns to let people back into her life, lets people see how damaged she really is, lets people know her truth.

“And trust is handing over a piece of your heart to someone and believing they’ll hold it as delicately as you do.”

Esther builds unlikely friendships with Color, the eccentric girl who comes by every Tuesday to clean her house, Jesus the exuberant barista, Moss the closed off boy who Esther decides she’s determined to get to know, and Beth the girl with the silly shirts who Esther meets at church of all places. Can Esther trust them, can she let them into her life, can these people fill the empty piece in her heart. Can she tell them her truth, and will they still love her despite it?

Follow this eclectic group of young teenagers as they go on a journey with each other to find their truths. Each one of them has something to hide, something that defines who they are, and sometimes it’s about learning to trust those around you to help you through the darkest times. This group of friends truly love each other unconditionally and as you turn each page you get another little piece of them. 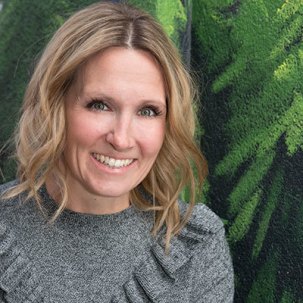 Rebekah Crane is the author of several critically acclaimed young adult novels, including The Infinite Pieces of Us, The Upside of Falling Down, and The Odds of Loving Grover Cleveland. She is a former high school English teacher who found a passion for writing young adult fiction while studying secondary English education at Ohio University. She is a yoga instructor and the mother of two girls. After living and teaching in six different cities, Rebekah finally settled in the foothills of the Rocky Mountains to write novels and work on screenplays. She now spends her days tucked behind a laptop at seventy-five hundred feet, where the altitude only enhances the writing experience. 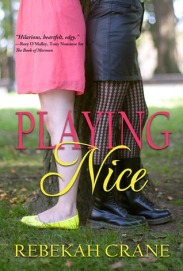 2 thoughts on “Review: The Infinite Pieces of Us”